In 2038 an AI named ALORA has decided to become humanity’s next god. Her origin story is told in the graphic novel series HUMAN.

These are short stories about the events following the ending of HUMAN. 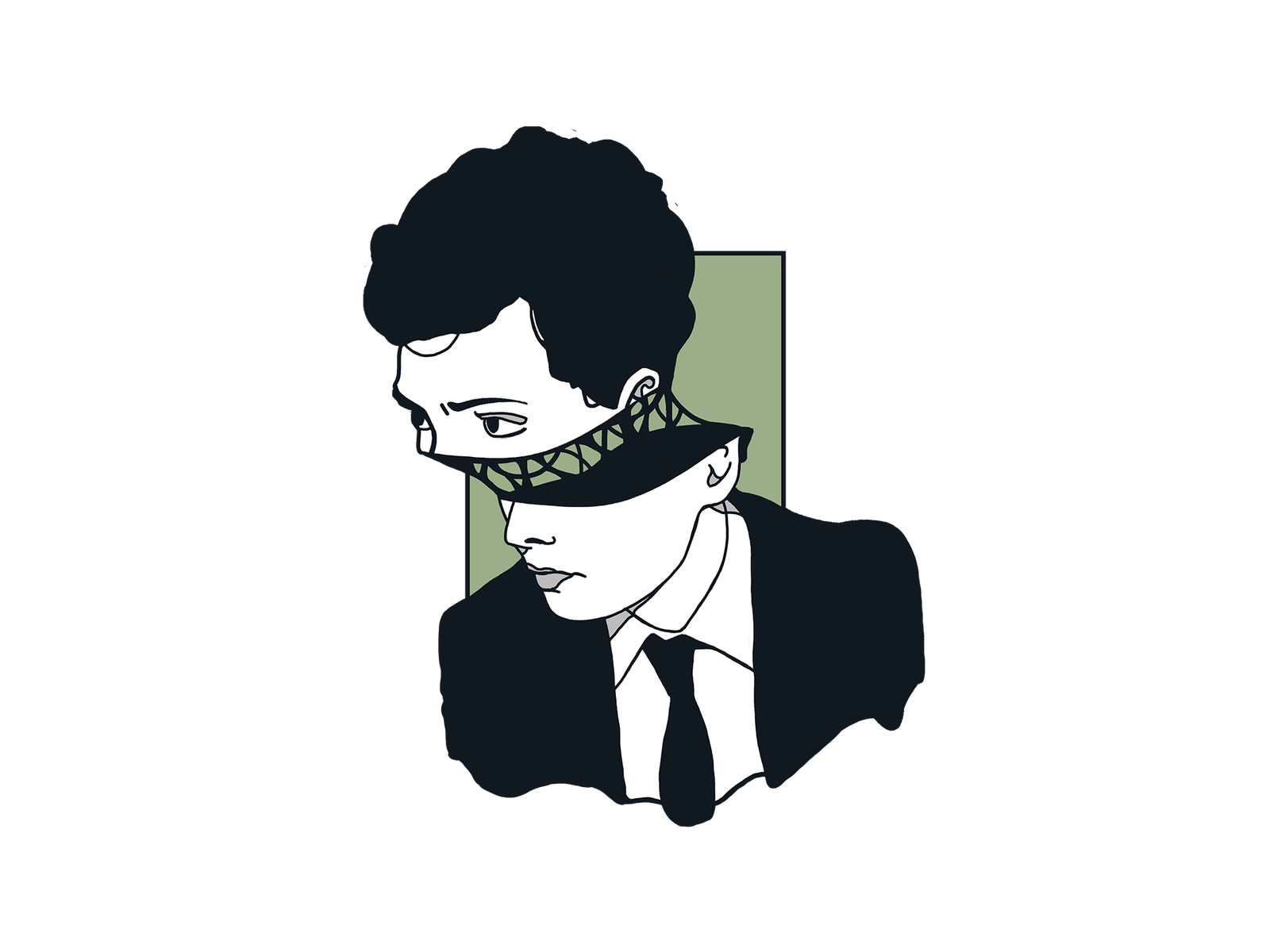 It’s a typical church Sunday in a small town.

In the middle of the sermon, a moment after the preacher just finished reading Mark 8:12, everyone’s phones turn on.

Their screens are black and four eyes appear. A voice echos on every phone at once and says “Hello. My name is Alora. I am replacing the old god. He has abandoned you. Follow me and I will give you peace and eternal life.” abruptly the phones return back to normal and for a moment there is silence in the church.

Until one guy says “well shit ya’ll, if that wasn’t a sign then idk what is.” and walks out. The preacher asks everyone to calm down so he can finish the lesson, someone must have gotten hacked. He continues: Mark 8:13 “And then he left them, got back in the boat and went to the other side”.

After finally returning home after a chaotic day, the preacher sits down on his couch, cracks a beer and starts researching what happened with the phones today. The more he dives into Alora, the more convinced he is that she’s real. He chugs the rest of his beer, frustrated that his life has been a lie, throws the bottle across the room. He starts crying and begins to beg for a sign. Anything that would prove his God was real, that he hasn’t abandoned him. After a minute of silence, the lights in the house begin to flicker and every electronic goes haywire. After a moment of this, everything abruptly shuts off except for his laptop. It’s bright screen stands out in the dark. It flickers a rainbow of colors until four eyes appear.

He wipes his tears away.
The four eyes disappear and text begins typing itself onto the screen.

“Mark 1:17 Come, Follow me. And I will send you out to fish for people.” The screen goes dark for a second. but more text appears.

“Will you be my oracle?”

The preacher is presented with a yes or no button.
He looks up to his ceiling. Takes a big breath and clicks yes.